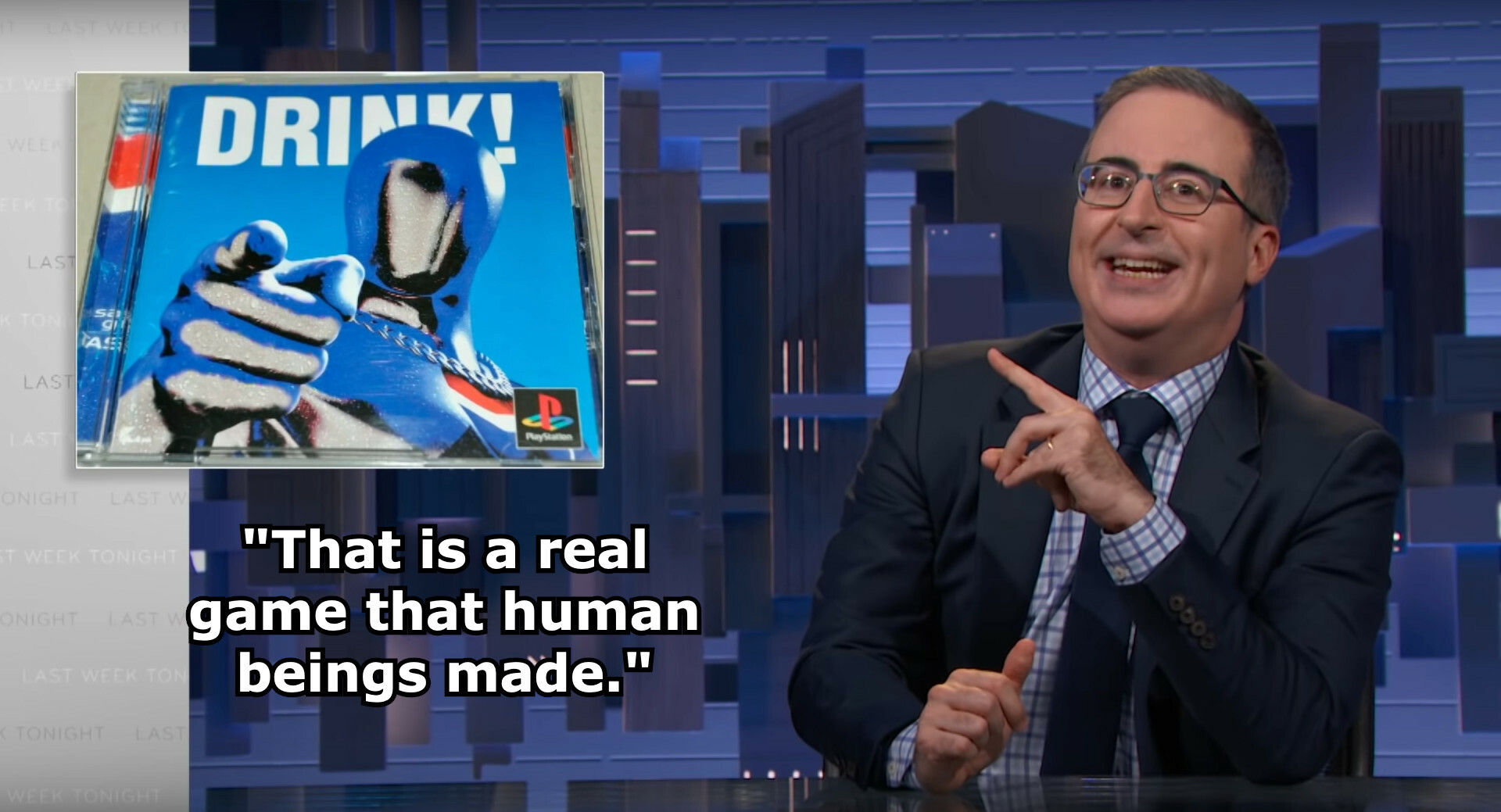 Last Week Tonight may be on break right now, but John Oliver still found time to pre-record a segment about something apparently close to his heart: video games made by snack companies in the ’90s.

“What happened, snack brands?” asked Oliver. “Around 25 years ago, you cracked the code of turning commercials, the thing everyone hates, into video games, the thing everyone loves. I don’t want to see Quiznos tweeting ‘when the sandwich isn’t toasty’ or whatever the fuck. I want them to put me in the pilot seat of a 16-bit spaceship shaped like a hoagie that fires beef lasers at alien vegans.”