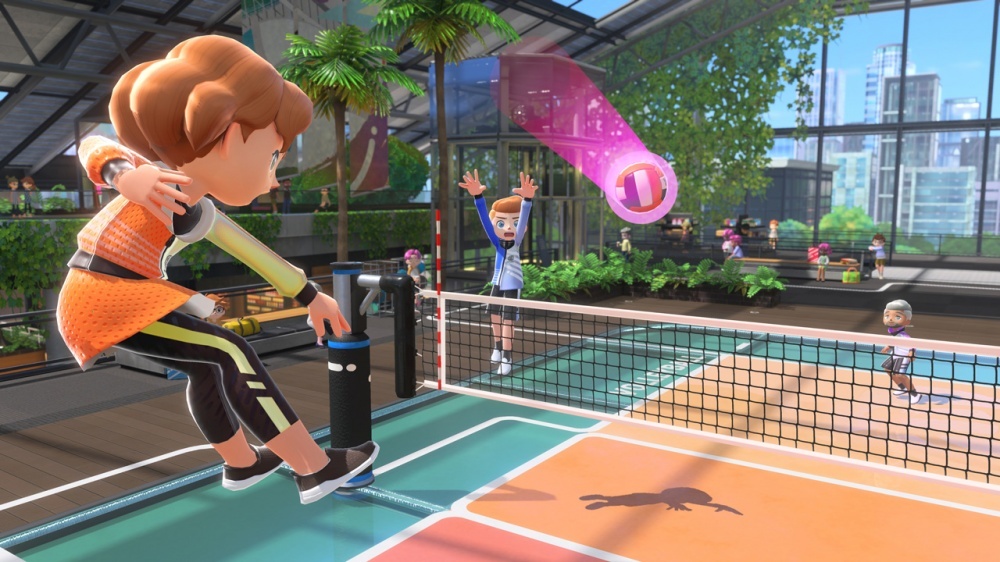 The first flat-screen casualties of Nintendo Switch Sports are already arriving, just days after the latest game in the Wii Sports series was released. As such, this is your friendly reminder to please secure your Joy-Con’s straps around your wrist before attempting to play this game. Those who do not learn from history are doomed to repeat it.

As reported by VGC, an unfortunate Twitch streamer has already broken his television while playing Nintendo Switch Sports, losing his grip on his Joy-Con and accidentally throwing it at the screen. 63man had been in the middle of playing doubles tennis on the weekend when his casual backhand went horribly wrong, the red controller slipping from his right hand and shooting toward his TV.

After a shocked moment of frozen silence, during which his opponent won two points, 63man repositioned his camera to show his viewers his now terribly cracked television screen. I’m no repair technician, but it certainly looks beyond saving to me.

Without that Wii magic, ‘Nintendo Switch Sports’ is a shallow party game

63man isn’t the only Switch Sports athlete to lose his grasp on his Joy-Con. Many other players have taken to social media to report similar incidents since the game’s launch on April 29. It isn’t an unexpected issue either, with Nintendo’s Japanese social media accounts even reminding players to use the Joy-Con’s wrist straps the day before Nintendo Switch Sports was launched.

Unfortunately, no number of wrist straps and warnings can mitigate pure human hubris if players fail to heed safety advice. There will always be those among us who believe they’re simply built different. All we can do is warn them, point out the wrist straps, and stand back — preferably outside swinging distance.

Nintendo Switch Sports follows in the footsteps of its predecessor Wii Sports, which was released in 2006. Developed for the Wii console that launched that same year, Wii Sports offered simulations of baseball, bowling, boxing, golf, and tennis, utilising the Wii Remote’s motion sensor to have players swing their arms around to mimic the actions associated with these sports.

Wii Sports was wildly successful, earning the title of best selling Wii game of all time, and is still fondly remembered today. However, the game was also notorious for inadvertently facilitating an outsized amount of property damage, as players waving around their rectangular Wii Remotes frequently lost their grip and sent them hurtling into their televisions.

Judging by Nintendo Switch Sports‘ first few days in the wild, it looks like a tradition that’s likely to be carried on.