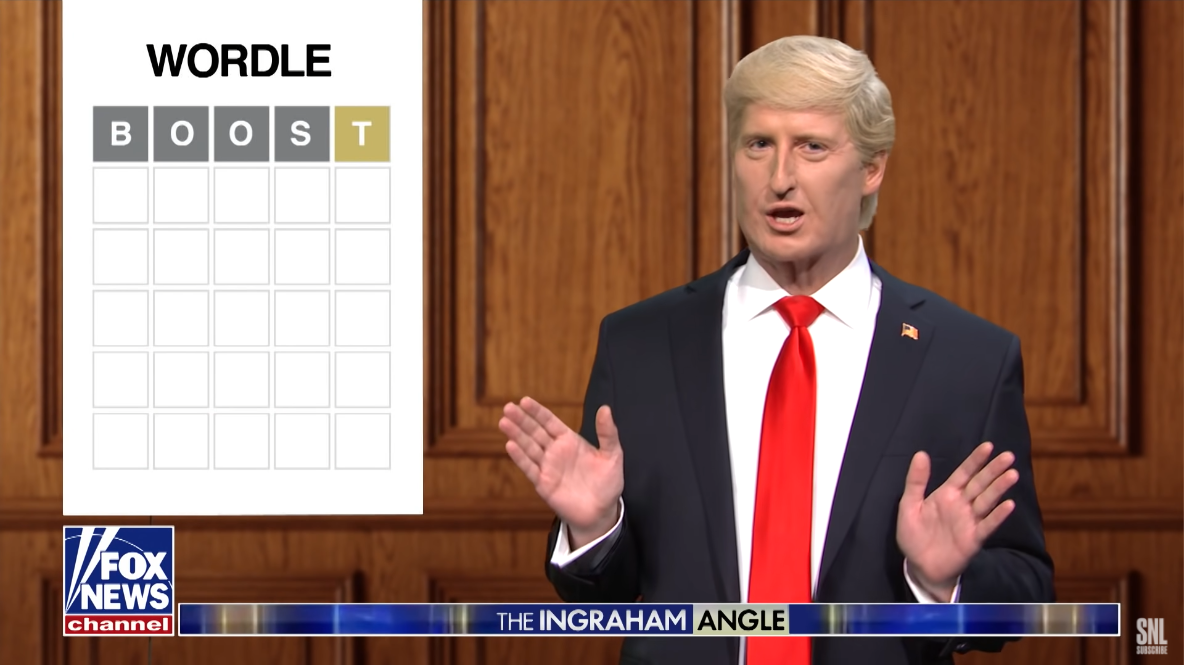 After a blessed week for Saturday Night Live cold opens that (mostly) traded political barbs for deranged humor, the sketch comedy series returned to its fake Fox News set for a round-up of the week’s news with Laura Ingraham (Kate McKinnon).

The thing about Fox News, though, is it’s so difficult to parody because the real thing already plays it loose with the truth in the name of tarring political opponents. So when McKinnon’s Ingraham runs through a “list of things liberals are trying to take from you,” even the more ridiculous items like “using the word ‘mayonnnaise'” and “missionary” don’t seem like such a leap from what you might see on the actual channel.

But of course, these days on SNL, any cold open plunge into Republican nonsense is largely just setup for the show’s secret weapon: James Austin Johnson. His Donald Trump impression is tough to top, and easily the best to have ever graced the SNL stage. Ever since Johnson joined the cast, he’s been periodically showing up as Trump to deliver completely unhinged stream-of-consciousness rants that tie directly to a set of keywords that flash by on the screen.

It was much the same thing here, except for one, key difference: Instead of the usual ESPN-style list of talking points, Johnson’s Trump rant slowly filled out guesses in a Wordle grid, eventually revealing an actual puzzle answer. You can probably guess what it is, given the speaker.