The following contains spoilers for Nope.

Jordan Peele’s Nope opens not with our leads, OJ and Emerald Haywood (Daniel Kaluuya and Keke Palmer), moseying around their family ranch but with a bloodied chimp on a sound stage. It’s a jarring beat, and an unexpected one if you walked into Nope only expecting the trailer’s promise of horses and aliens. But this is a Jordan Peele movie we’re talking about here, so expecting the unexpected — like a chimp rampage — is the name of the game.

Later in the film, we learn that the chimp from the opening was Gordy (Terry Notary), the star of the canceled ’90s sitcom Gordy’s Home. The show also starred Jupiter (Steven Yeun), who now owns a theme park neighboring the Haywoods’ ranch. He was just a child when he witnessed one of the chimps playing Gordy snap during a show taping. Jupiter watched from under a table as Gordy mauled his co-stars before turning to him and offering him a tentative fist bump. Before Jupiter could complete the fist bump, Gordy was shot and killed.

It’s clear the Gordy incident still lingers in Jupiter’s mind, and not just because he has a secret shrine of Gordy’s Home memorabilia in his office. We see him recalling the traumatic memory twice throughout the movie, once while talking to OJ and Emerald, and once before the Star Lasso Experience live show at his theme park. That’s the last we see of Jupiter and Gordy, because right after that Jupiter and his guests (spoiler!) get eaten by the UFO-shaped alien creature that’s been lurking in the clouds.

The detour from OJ and Emerald’s alien hunt into chimp sitcom territory may initially seem like a non sequitur, but the Gordy incident is actually key to figuring out Jupiter and his relationship to the alien. From there, we’re able to better understand Jupiter’s downfall — and why OJ is the perfect person to understand how to survive an encounter with the alien. 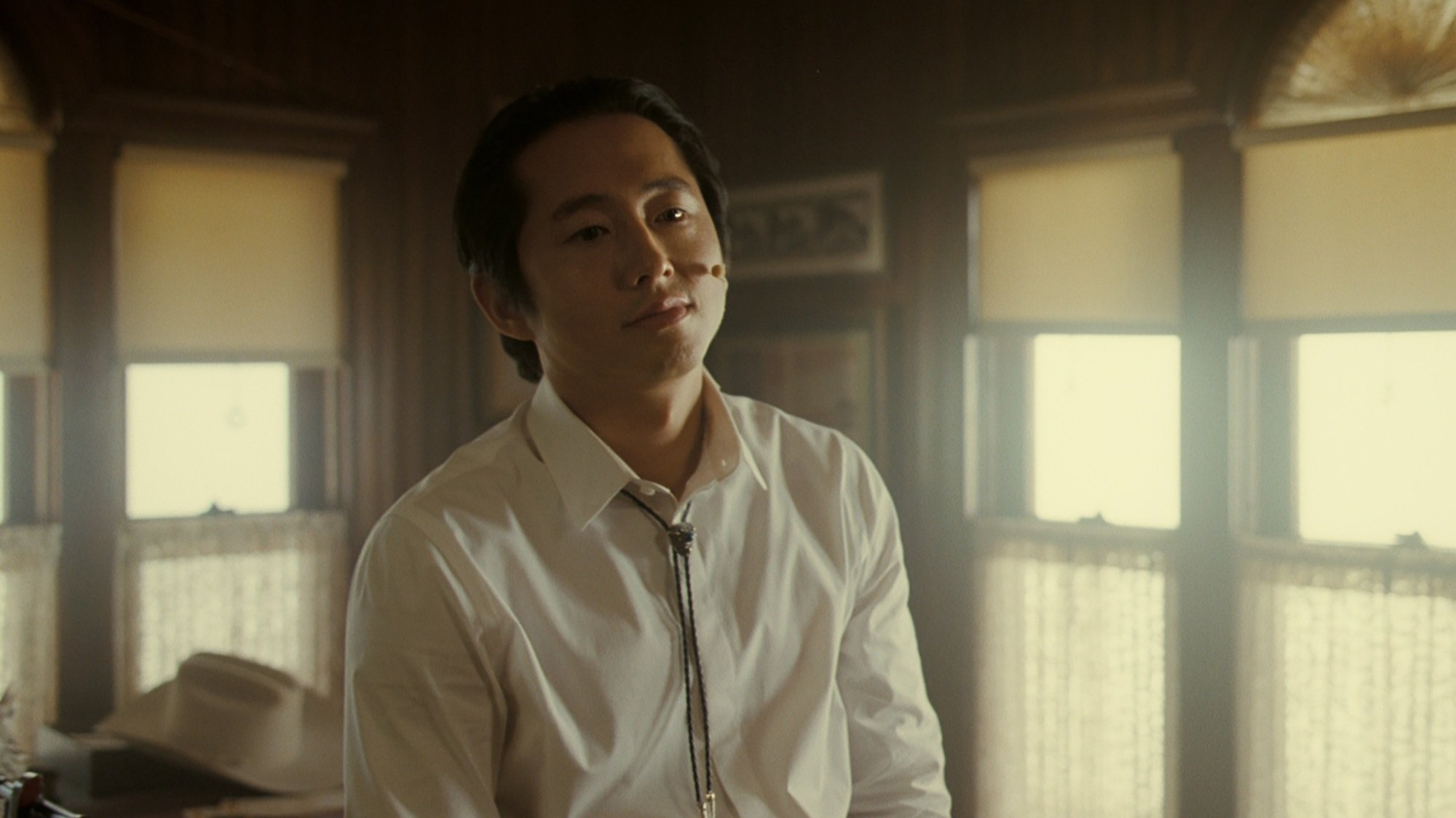 Put yourself in Jupiter’s shoes. When you were young, you watched an animal go wild and commit violent acts. Yet when it turned to you, it viewed you as a friend, even offering up its hand for an exploding fist bump in an apparent display of trust. Now, years later, another creature — or group of creatures, as Jupiter believes this is a ship carrying aliens — comes into your life. While it is dangerous, it also appears to trust you. It’s a strange case of history repeating — only this time, you have a chance to actually tame and control the predator instead of watching it get shot before your eyes. And that’s a chance that Jupiter takes.

Jupiter’s actions are still prideful acts of folly even with the flashbacks — but it’s folly with character-driven intent.

Jupiter also takes the alien’s presence as a chance for spectacle. Remember, he’s memorialized his trauma with his secret Gordy room; he even charges a fee for people to see it! Peele makes sure that that act of memorializing extends to the Star Lasso Experience in small ways. There’s Jupiter’s insistence that the aliens trust him specifically, just as Gordy seemed to trust him. There’s the fact that he’s invited one of Gordy’s victims, his old co-star, to watch the show. There are his kids’ alien costumes, which bear a strong resemblance to chimps. Even the small alien dolls, with their large white heads and small black eyes, are reminiscent of the Panavision cameras we see filming Gordy’s Home.

All these choices further link the Gordy’s Home incident to the Star Lasso Experience. For Jupiter, it’s clear that this is an opportunity for him to wrangle the impossible, to undo the damage of seeing Gordy die in front of him. This is his chance to complete the exploding fist bump that never happened.

Jupiter’s interactions with animals are a foil for OJ’s 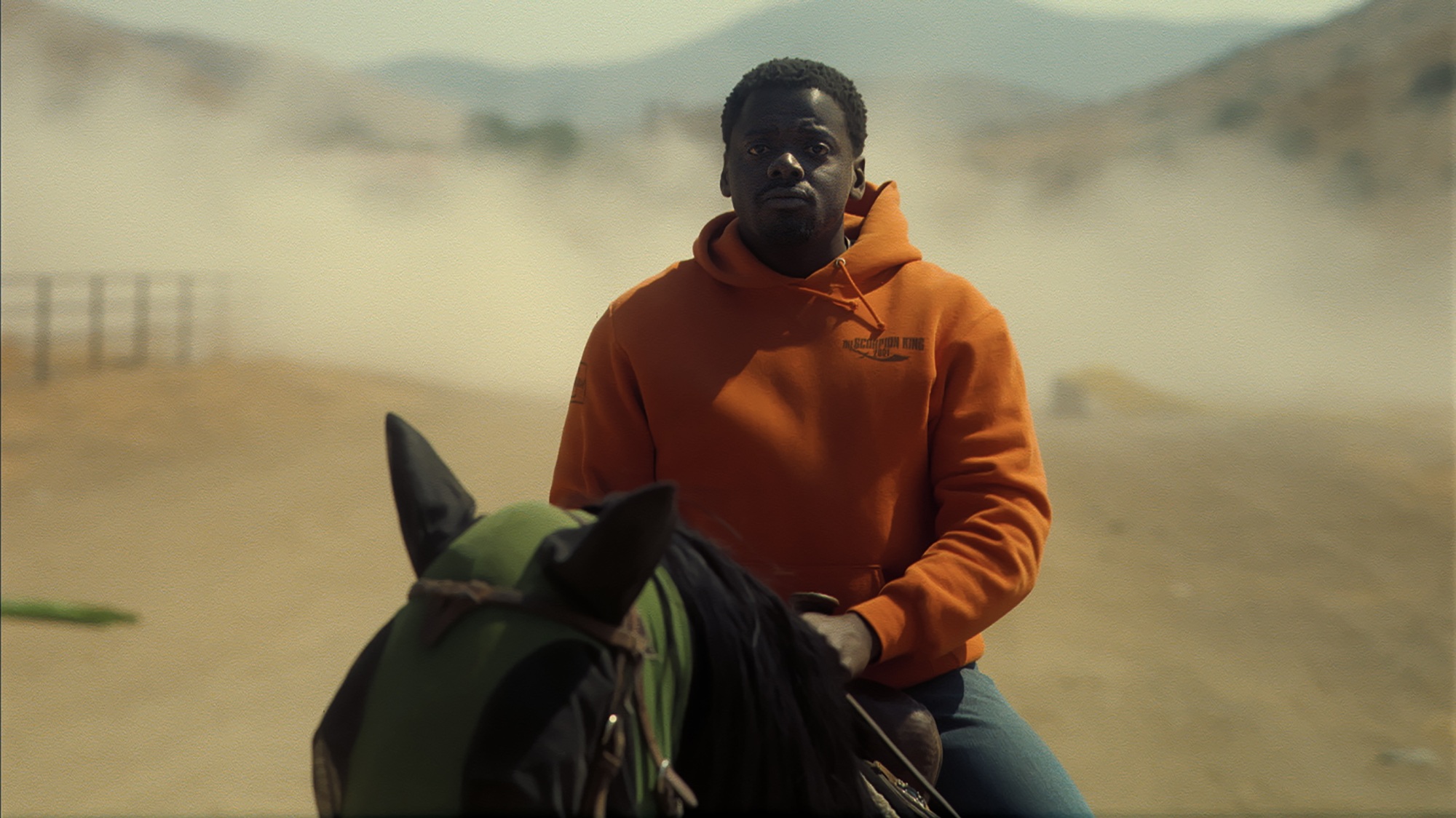 Jupiter isn’t the only character in Nope to have had formative experiences with animals. Both Emerald and OJ have as well, considering they grew up on a horse ranch. OJ in particular has spent a lot of time with the horses, so he knows how to interact with and understands animals better than any other character in the movie. In flashbacks, we see OJ listening to his father Otis (Keith David), who points out when certain horses are acting territorial, and who even says, “I guess some animals aren’t fit to be trained.”

These experiences inform how OJ interacts with the alien, just as Jupiter’s experience with Gordy informs his own approach for handling the creature. Only instead of viewing the alien as something to be wrangled, OJ understands that this is a wild, territorial animal. It’s because of this knowledge that OJ realizes the alien doesn’t attack you if you don’t look at it, a realization that’s necessary for the entirety of the film’s final set piece.

If OJ is a case study in what to do when encountering a predator, Jupiter is an example of what not to do. However, his connection to Gordy fleshes him out and lends his baffling actions some credibility based on his backstory. The sight of Gordy may be a shock in the film’s first few minutes, but trust me when I say he is absolutely necessary.

Nope is now in theaters.